Close to the Savannah River 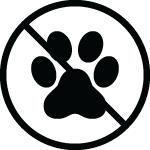 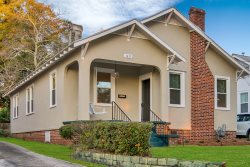 This charming home has been thoughtfully restored and renovated. Guests will enjoy the quiet, tree-lined streets of an established neighborhood that's walking distance to Downtown North Augusta--"South Carolina's Riverfront," and five minutes from Downtown Augusta, GA. This home is not just a great place for guests to receive relaxation and tranquility. A portion of profits from this rental is donated to a cancer research non-profit.

The home comes fully stocked with essentials, an updated kitchen and bathrooms, wifi and television.

The street is lined with homes that reflect the architecture of the early 1900s when the town was developed. North Augusta is a relatively new community, started as a planned community at the turn of the Century by a visionary named James U. Jackson. He was a man with both connections and ambition, and he thought that the bluffs across the Savannah River from Augusta, Georgia would be a perfect setting for a new and modern city. He was right. North Augusta was completely planned on paper by experts before the first shovel was turned. But when Jackson built a new bridge to Augusta, the present 13th Street bridge, the rush was on. Georgia Avenue became the focal point of the new community. If you walk up the hill you will come to Lookaway Hall which just may be the best setting for a mansion in all of the Central Savannah River Area (CSRA.) It was actually built by James’ brother Walter, who, legend has it, won the right to build on the lot by splitting a deck of cards with his brother. James Jackson then built Rosemary Hall directly across the street from Lookaway Hall. It is almost a direct copy of Walter’s House. Today, North Augusta is a bucolic small city that is filled with beautiful old cottages and homes and a new energy symbolized by the state of the art Minor League ballpark that is home to the Augusta Green Jackets, an affiliate of the San Francisco Giants. There are many wonderful places to take a walk including the Greeneway which is a seven mile paved path that meanders along the Savannah River and through North Augusta. It is simply beautiful and full of photo worthy views. We encourage you to take advantage of this marvelous attraction. Parking and access is located near the Greeneway’s eastern terminus off of Riverside Boulevard opposite the entrance drive to the River Golf Club.